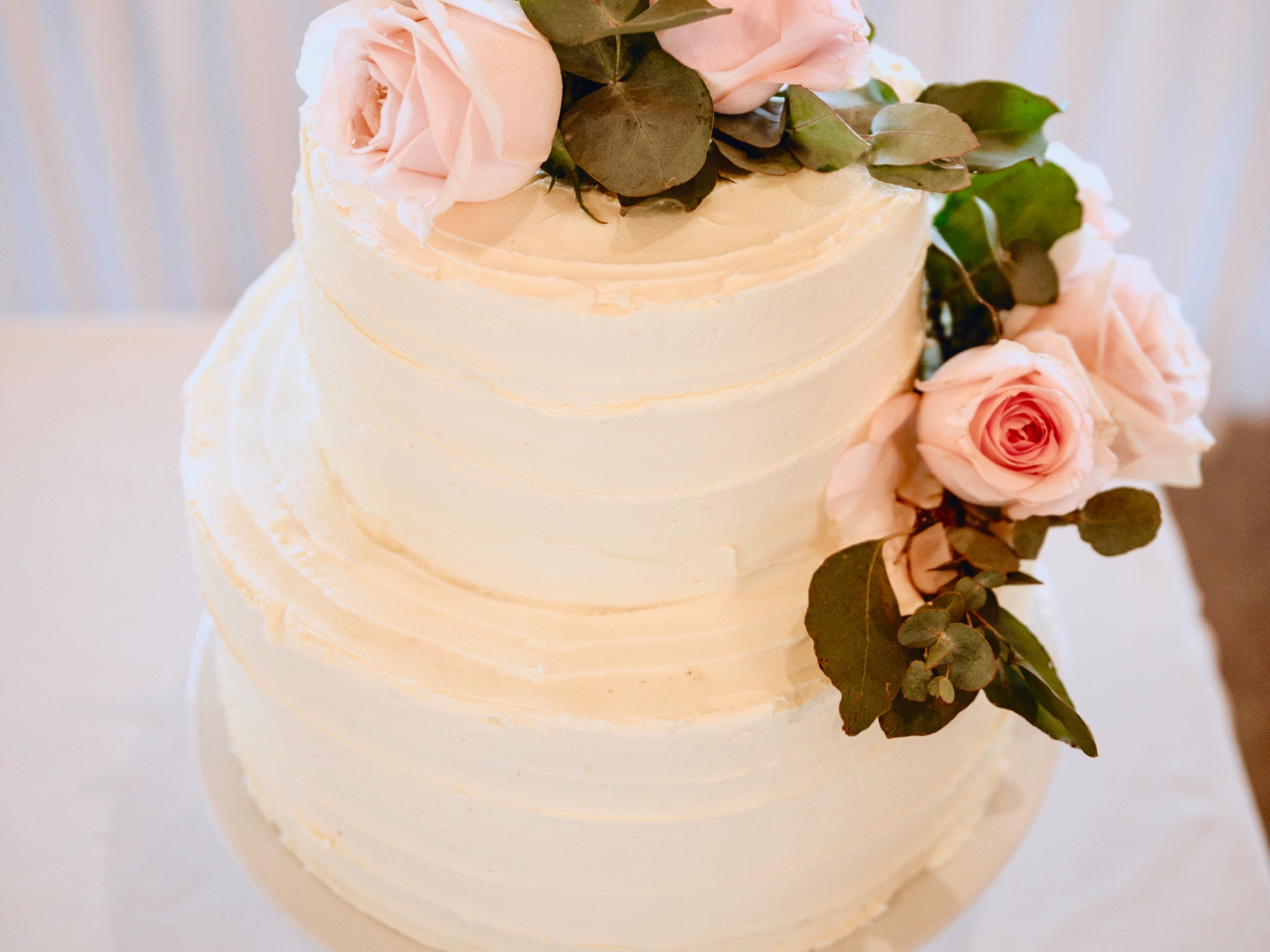 I’m really not much of a drinker (no really, ask anyone!), but I will (almost) never turn down a G&T. They’re just so great. Plus they’re British (definitely a bonus. In fact, sidenote, my other favourite alcoholic drink is Pimm’s. Bit of a theme?).

So when a friend asked me to make a gin and tonic cake for her wedding, you can guess just how keen I was to try it. Of course, I was skeptical too – who am I if not skeptical? But this time it was with good reason, I think. The beauty of a G&T is it’s lightness and subtlety, and it’s really tricky to make a cake light enough in texture to suit the delicate G&T flavour without overpowering it.

So, challenge accepted, the next thing to do was make a practice cake (hello, yes, free gin and tonic cake going begging. Form an orderly queue please).

And, what do you know, the first cake was a disaster. Well, not a disaster. If it were any other flavour it actually would have been a great cake! The texture was perfect – light and fluffy and perfectly cooked. But despite adding a rather large amount of straight gin, and a decent amount of tonic water to the cake, and covering it in gin-filled frosting, it barely tasted like gin and tonic! (See, I did have good reason to be skeptical!) The gin, despite having a rather high alcohol content, was just too delicate in flavour to work in cake form. And yes, perhaps I just wasn’t heavy-handed enough. Goodness knows I’m not exactly a seasoned professional when it comes to alcohol. But either way, I wasn’t happy with it. And I certainly wasn’t serving it up as a wedding cake!

So, onto plan B. If real gin and tonic wasn’t going to work, how about fake gin and tonic? Fake gin and tonic, I hear you say. Yeah, well, gin and tonic flavouring. Does such a thing exist? Yes, yes it very much does! The only catch: it exists almost exclusively in the UK (naturally), where it costs about £1 per bottle – cheap as chips. I’m sure you can find it in Australia, but I certainly couldn’t. At least, not cheaply. So, thank you Sainsbury’s for your incredibly cheap cake-decorating range (and to the bride, who was in the UK at this point in time, and very shortly on her way to Melbourne!). And believe it or not, fake flavouring did the trick! It’s a recipe that deserves tweaking, particularly to allow for flavour preferences. But if you can get your hands on some flavouring, it’s well worth a shot!

Sidenote – this cake was smothered in buttercream for the wedding, however, it would work perfectly well without the frosting, just served warm with the syrup and some extra Greek yoghurt.

Adapted from this recipe