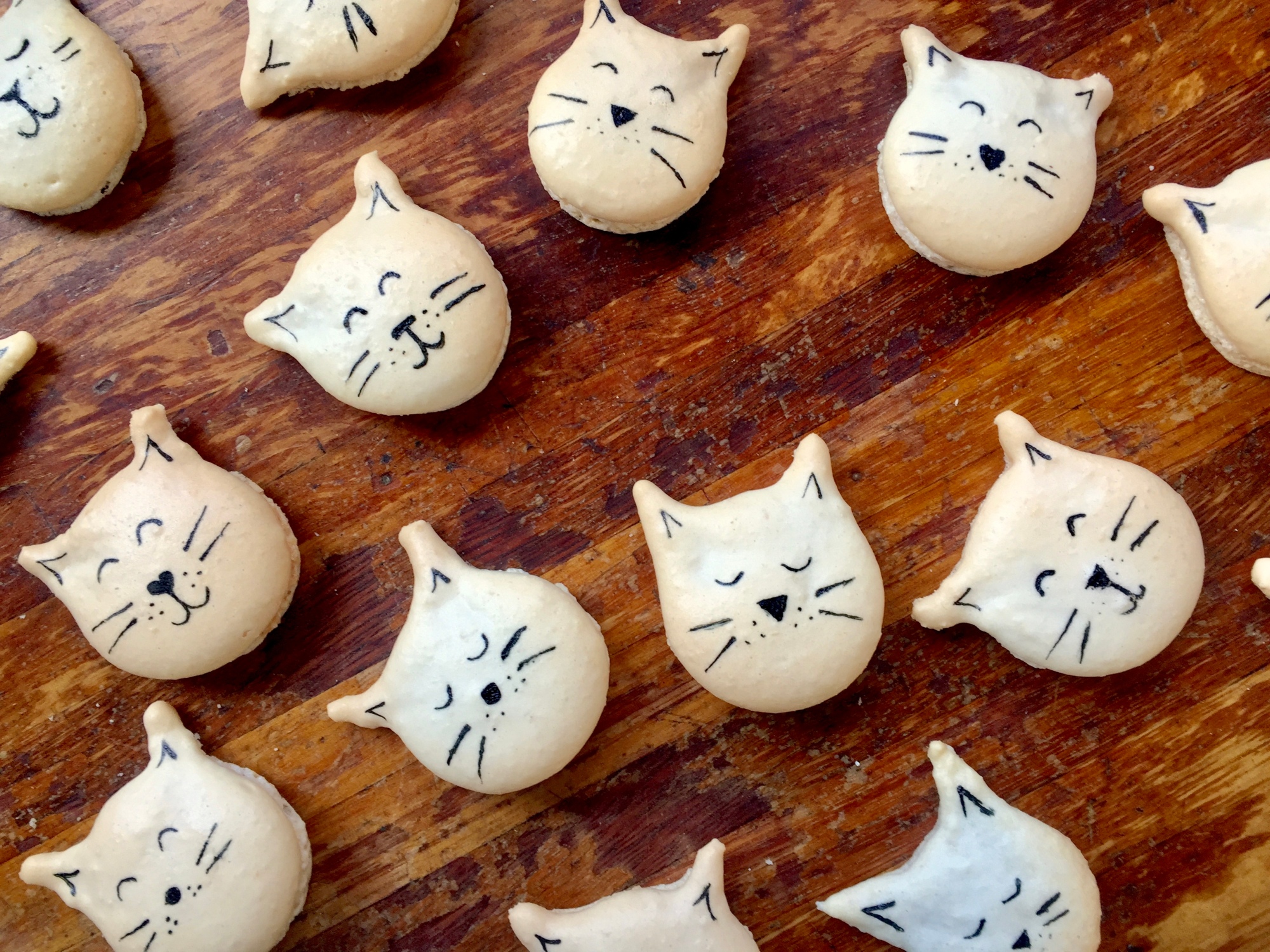 Firstly, let me assure you there is nothing cat-related in these macarons, they are simply shaped liked cat faces, with the ears, the nose and the whiskers – the general catlike things. I feel I have to clarify this, not because I actually think someone would read this and wonder if I cook with cat fur (strange people), but because every time I type “cat macarons”, a part of my brain pings (yes, it really makes a pinging noise) as if in warning that something is wrong – I can’t help but feel like there is something very wrong about writing “cat macarons” despite my absolute certainty that there is nothing cat-related in them!

Now that’s cleared up, let’s move on to the story. A friend’s very sweet bub was turning one, and is apparently quite taken with cats. And so, the party was cat-themed – yes, including the food! There were cat donuts and cat cupcakes, and of course, cat macarons. But then, that begs the question, how on earth does one make cat macarons? Entree Pinterest, you wonderful thing.

Pinterest can show you just about anything – if someone’s tried it (not always successfully), it’s probably on Pinterest. And for this I am very thankful! It turns out that many people have attempted a cat macaron, and as such, one has their pick of style, colour and method. And so, I chose a simple style and method, to great effect, wouldn’t you say? (I would).

Gel colouring pens or edible ink pens (black, plus other colours if desired)